This recipe is Copyright of ChefDeHome.com 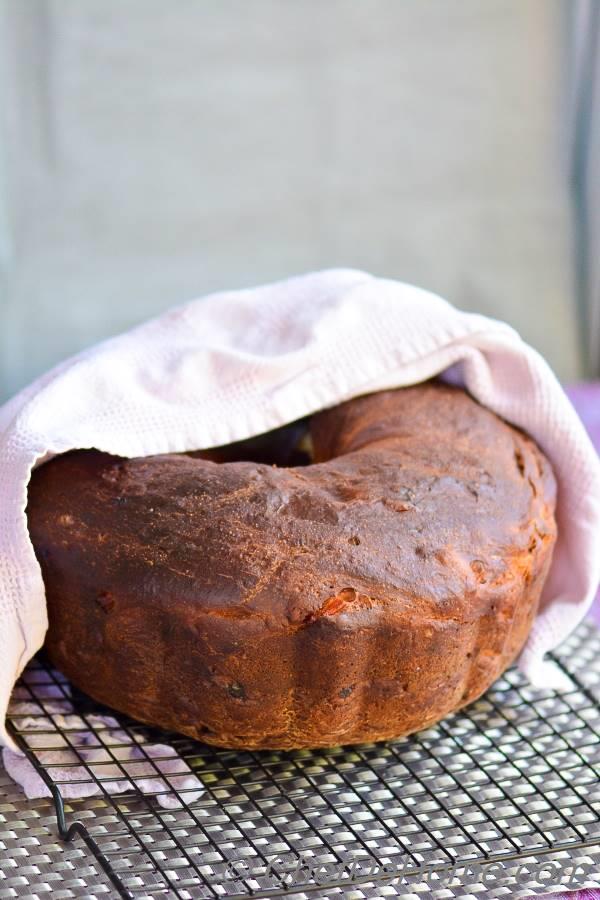 Panettone recipe was in my to-bake list since long... but I never got time to bake it until this holiday season. Many times, whenever we visited any store during holidays, Vishal grabbed a Panettone and I always promised him, next time I will bake at home! Often, I even convinced him to put it back on shelf and told him I'm baking it this weekend! Promise! ;) and that weekend never came.... Well... you know, sometimes you have to lie a bit to force yourself to do better! 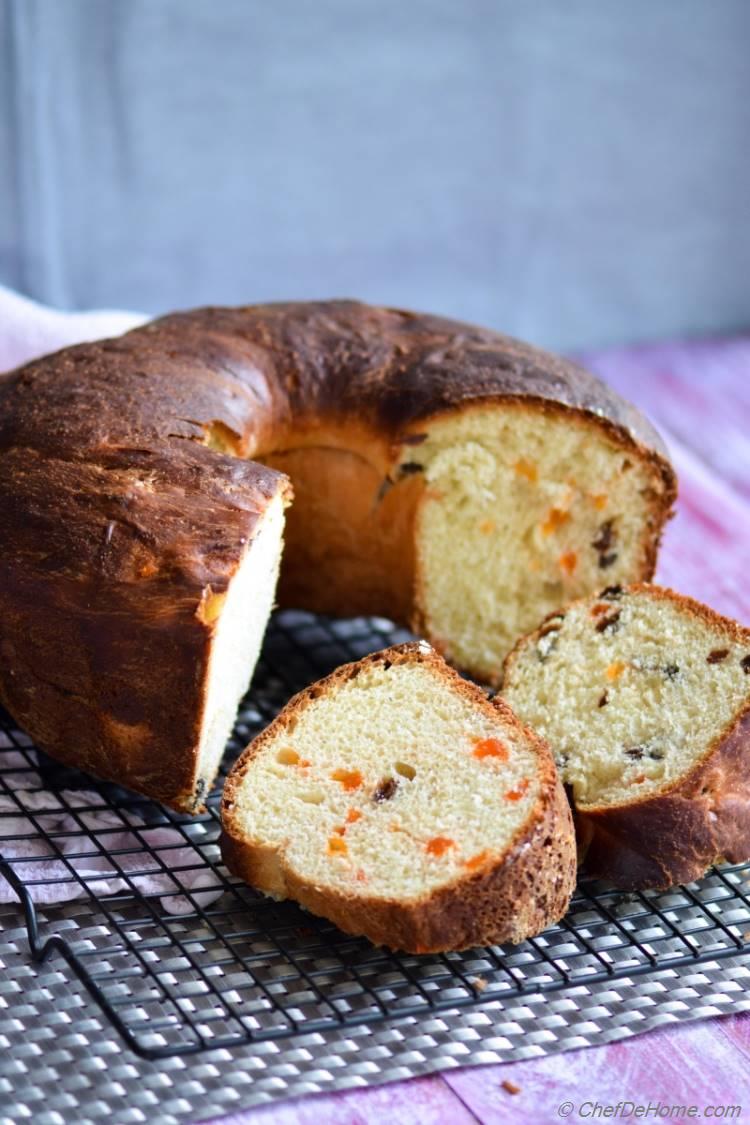 So, this year, when trend continued, I decided to stand in kitchen until I have a Panettone baking in the oven. Turned out it wasn't that easy.  First of all, I not even had a traditional panettone pan, not even 1 or 2 spare tin can to bake traditional looking panettone. But that day, I was determined, so decided to make bigger, family-friendly size panettone in bundt pan. 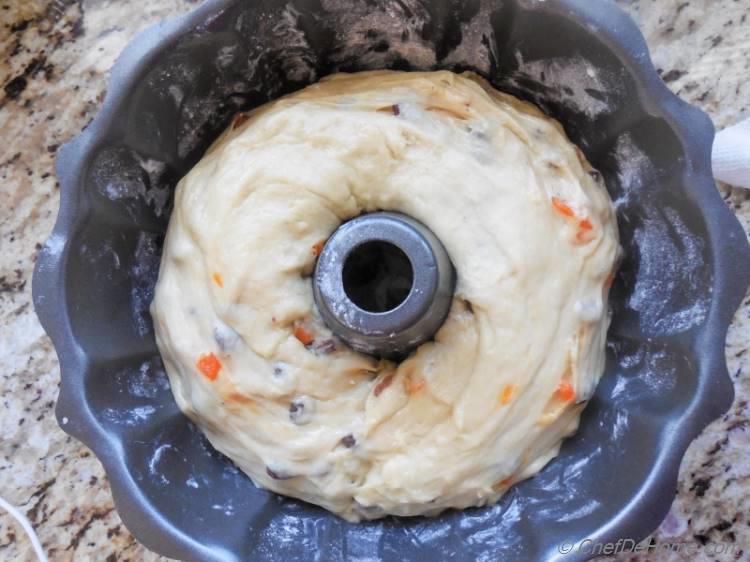 Credit for this recipe goes to epicurious.com, but, forced by my true-self, I did change a few things here and there. There are two recipes online that outshine everyone else, one recipe, shared by Gourmet Magazine in 2008, spans two days to bake Panettone and other one can be wrapped-up in one day. So I decided to go for the later. I am certainly going to try the former whenever I can spare more time (let's see when will that happen, this Christmas or next ;))

This version of Panettone can be made overnight. You can finish the first-rise, a day before. Then pour the bread dough in traditional Panettone Pans or Bundt pan like I did. Let it rise overnight in refrigerator. In morning, take out, leave on kitchen counter for 3 hrs and then bake as per instructions. Panettone also freezes well. Frozen bread will be good for 3 weeks.

Panettone came out pretty satisfying, was mild sweet, had distinct rum aroma, and yeast made this cake much lite and having bread like consistency. 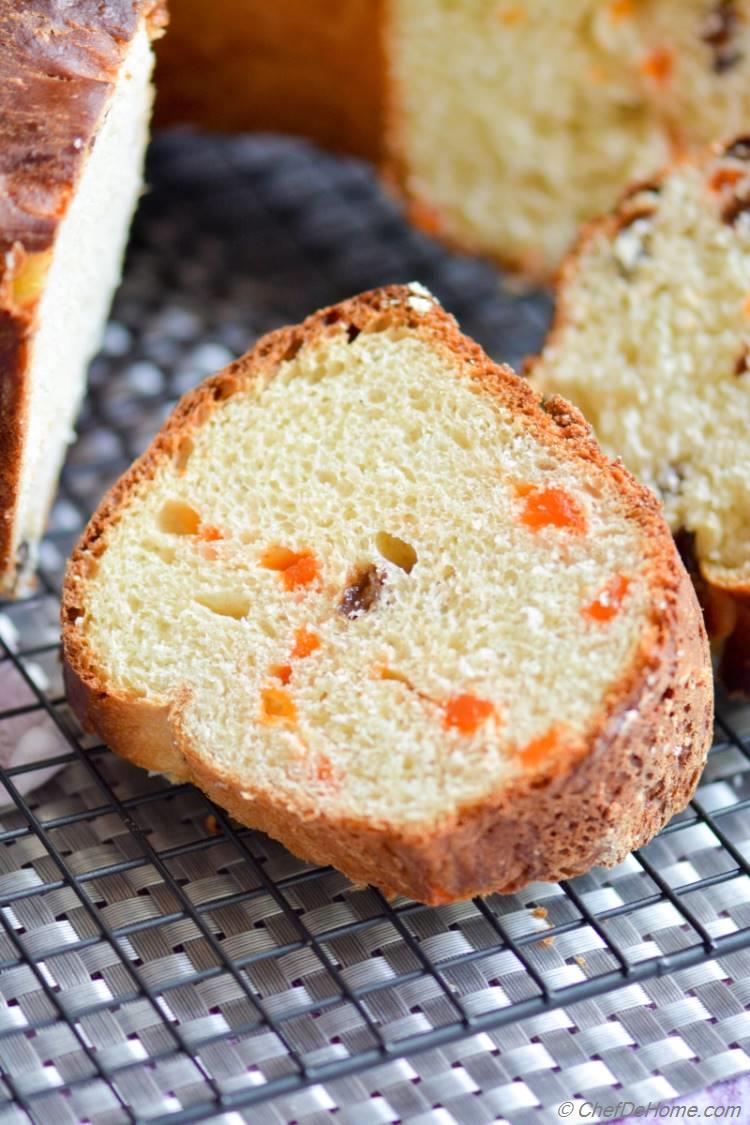 Since I used bundt pan to bake Panettone instead of traditional ones, I think, I over-baked the bread a little-bit. I will reduce the baking time by about 5 minutes next time.  Plus, a few things which I will do different, for the same recipe, next time:

1. Use more raisins and mix them better in the dough for a more even ratio of raisins to fruit.
2. This bread looks a tad bit dry. I think, I should have baked it 5 minutes less.
3. Will buy (make my own) traditional cups used to make panettone.

All-in-all, Vishal was certainly happy to see homemade Panettone (finally!). I still have a few pieces left i freezer. Taking about this cake making me hungry for a slice!

So now I will get up and have some Panettone with tea and you guys enjoy gazing these gorgeous pictures. I hope this cake recipe will bring more grace on someone's dinner table soon!

Until we meet next, have a great day and happy holidays in advance! 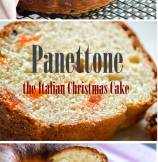 I baked this cake for 40 minutes. I think it needed only 32-35 minutes max. Also, bundt pan's metal surface gave a dark crust to this cake. Traditional Panettone paper pans will not make this dark crust.

© Chef De Home. All contents and images are copyright protected. DO NOT copy or re-use content/images/videos. For all content/post mentions with link back, contact ChefDeHome for permission.

{New} Looking for something?

Have You Tried These?