An Italian salad with bread, tomato and bell peppers with a lemony dressing!

Panzanella, a combination of crunchy cucumbers, juicy tomatoes, flavor-bomb dressing and rustic bread to soak in all savoury flavors!!

Oh Panzanella, I love you!

Salads are so my love-affair whole year but specially in spring-summer season.. when fresh vegetables, such red bell peppers, tomatoes, greens, and spring onions are in season.. I crave for crunchy salads more than ever!

Panzanella is a Tuscan salad usually made with tomato and day-old stale bread with lemon olive oil based dressing. It is mostly enjoyed in summers since tomatoes are most juicy and sweet in that season. However, I also like to add fresh bell peppers in this salad for some crunch and load of vitamins. Plus, salad becomes more substantial too. 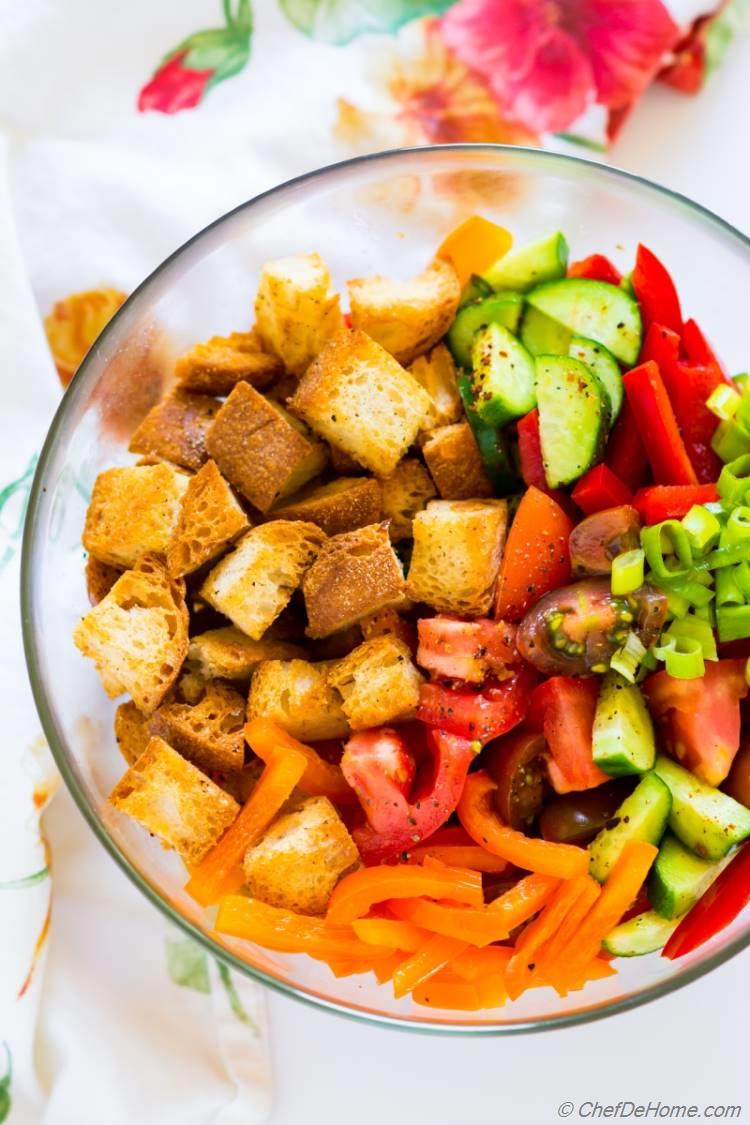 Whenever I have some Italian bread in hand, I turn it into classic Tuscan Italian favorite Panzanella. This is a quick recipe which you can enjoy even without bread, however addition of bread really adds the rustic Tuscany touch.

I can imagine, this Italian Bread Salad must be a great way to use day-old stale bread. I, however, buy a crusty Italian bread loaf just for this salad. You might think, bread will get soggy soaked in dressing?!

Well, actually that's why day-old bread is used. And my idea of using rustic Italian Bread loaf resonates the same theme. What I like to do is: toast the bread chunks in oven, or in a saute pan until bread is crusty, dried, brown but not burnt. If you thinking croutons. That's not be wrong. It is just, these are little hard croutons. Or I should say, croutons toasted a little longer. 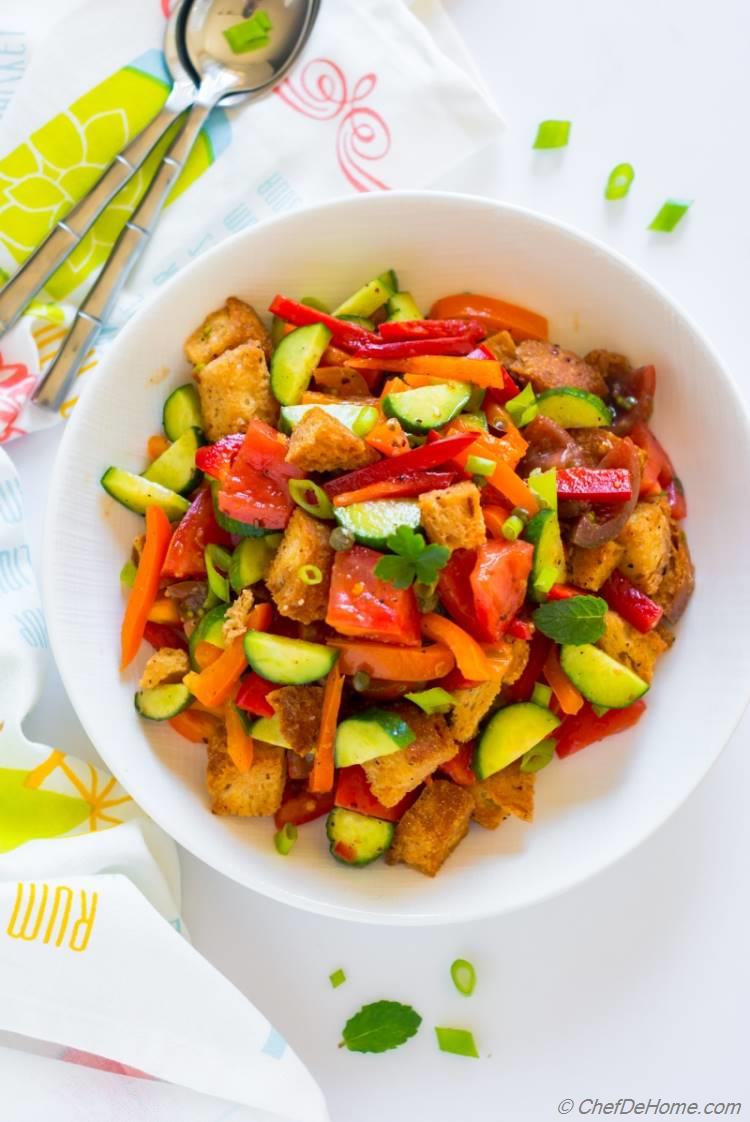 Honestly, I did not plan to share this recipe today... but when I sat on couch to fix pictures for next week's recipes.. I just could not resist but to change my schedule and bring it to you sooner.

I have a similar recipe on blog with Mediterranean Greek flavors - Greek Dakos Tomato Salad - bread toast and tomato salad with olives and feta cheese. Do check out, it is really very very good.

PS: This recipe was originally posted in August 2013. Today, I have updated the pictures, and way of preparation (a little bit) to give you updated current style of serving Panzanella Bread Salad. 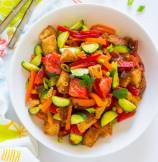 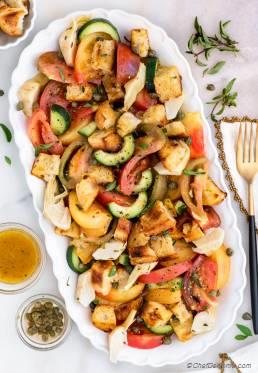 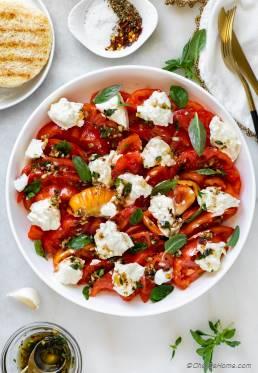 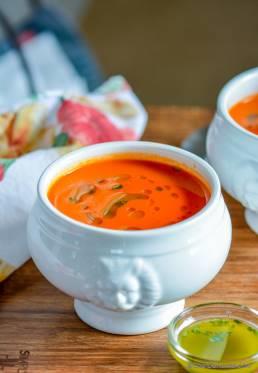